The Cycle Of Life 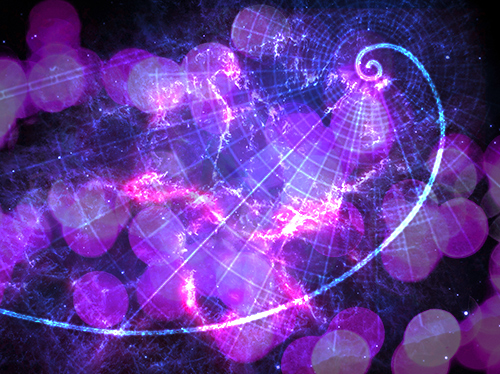 The research done by such geniuses as Antoine Priore, Thomas Galen Hieronymus, Nikola Tesla, Raymond Royal Rife, Georges Lakhosky, Nikolai A. Kozyrev, and Thomas Henry Moray provide the blue print for “The Cycle of Life.” Since the closer one gets to the truth, the more simplistic the solution becomes. The following overview is my “Cliff Notes” version.

According to Nikolai Kozyrev, the sun produces scalar energy. The research of Thomas Hieronymus proved that scalar energy is the key component for stimulating photosynthesis. He proved his theory by growing plants in total darkness just by exposing them to scalar energy. Fritz Albert Popp, a German researcher documented that plants store energy in the form of biophotons. Supplements made from a food source have biophotons where as synthetic vitamins do not.

Kozyrev showed that scalar energy is a spiraling energy that was the primal force of the universe as well as of all creation. Its waveform is a double-helical configuration the same as DNA. In essence scalar energy provides the template for correcting DNA mutations. Also of importance is the fact that scalar energy has the ability to disassemble viruses, bacteria, heavy metals, chemicals and in reality functions as the janitorial service of the body.

In response to the breakdown of these toxins the body carries the debris away via the macrophages, polymorphonucleocytes, and other defensive cell types.

“In a nut shell we are all connected. Our thoughts are in the form of scalar energy…”

Scalar energy can piggback Rife frequencies and imprint them into water or bodily fluids. This is how our memory system works. Your memory is held in the tissues and fluid of the body. This is borne out when heart transplant patients receive someone else’s heart but they also take on the characteristics of the donor, which reveals itself in newly acquired cravings like beer or other foods which they previously never liked.

Connecting the dots makes it possible to now see The cycle of Life. The sun produces the scalar energy. The plants store the scalar energy in the form of biophotons, which are then eaten by humans and animals. The scalar energy is used to repair the body and also provide its memory system. In addition, since the body is made of ninety percent fluid this fluid then becomes the antenna of the body to pull in ambient scalar energy from the environment.

Unfortunately EMFs (Wi-Fi, cell phone frequencies, TATRA emergency broadband frequencies, etc.), pesticides, heavy metals, viruses and other pathogens act to disrupt our antenna thus diminishing our ability to absorb scalar energy and reduce our body’s healing capacity. Our magnificent functioning body is then connected to the universe and all other living beings by means of quantum entanglement. Quantum entanglement’s basis is scalar energy, which travels multiple times faster than the speed of light. This is the definition of instantaneous. Because the same thought can be present in two people at the same time.

In a nut shell we are all connected. Our thoughts are in the form of scalar energy. This is why we can send healing affirmations to anyone in the world no matter where they are located. It is also the reason why one must be careful for what they wish for. What you put out there positive or negative will come back to you.